I am an ex-teacher who worked at a private school in Tarkwa, Ghana (Gold Fields Mine) and there we had ex-pat children from all over the world – including a little Russian boy. I had to teach reading to Grade 1 Learners and used this reading program. I even taught our garden boy at the school (about 35 years of age at that stage) on this program. The kids in my class could read within 6 weeks basic stories. Ann Tregoning was our Headmaster and she was so impressed with this reading program. She told me that she taught for many years, but never experienced such good results as with this reading program.

I am using this reading program for over 30 years now and it works! I taught my kids from the age of 4 years and none of them had reading or spelling problems. Now, 30 years later, I taught my grandchildren (also from the age of 4) with this program just to make sure that they are taught the correct way before they are exposed to other reading methods. My eldest grandchild is now in Grade 1 and she is the best reader in her class. I believe that it gave each of them a big advantage. Because of the results with my own children, I used it in my Grade 1 classes as well (during class as well as individual for Learners who needed a little bit more attention). This reading program is excellent for remedial teaching as well, because of reading problems which initiated from other reading programs, which taught the child wrongly. When Learners from other schools came into my class, I used “Die Japtrap Leesmetode” to get them on the same level as my other Learners. I still have one of the original programs and believe me, it worked overtime over the years!

I received this term’s reports for Kgosi and Naledi on Monday and I was very impressed with their progress. They both got 4 (works beyond expectation) on reading and spelling. That made me very proud and it was also the first time I was not called to school to discuss my kids’ progress. When I enquired, the teacher said that’s because they are doing so well. I would also like to thank you once more for all your effort in teaching them how to read, because it also improved their spelling as well. You did a great job and I would also like to congratulate you on the work, well done! I will not hesitate to refer anyone to you for reading in future.

I walked a long road together with my daughter’s (at that stage little girl’s) reading problems. I went through all available information and did not leave any stone unturned in helping her with her reading problem. Firstly, I got her eyes tested. I was a regular listener of “Vrouerubriek” and listened to an interview with a Professor of RAU who did eye tests and decided to let her eyes be tested once again. Still there was no improvement. Eye exercises did not work. Remedial teaching which was given by local University students also did not help, until one morning I listened once again, to “Vrouerubriek” and “Die Japtrap Leesmetode” was introduced. We went to buy the program (about 23 years ago). I went through the program, step-by-step, together with my little girl and suddenly, as if a light was switched on, she started reading without any difficulty. I can suggest this program to any parent who has a child with reading or spelling problems. I will soon be starting teaching my granddaughter as well, on this reading program. I could not believe when my daughter told me that your reading program is still available and I want to wish you all the success in marketing this remarkable program.

My son Brendan (now 14 years old) comes from an Afrikaans home and it was important for me to teach him to read first in his mother tongue, before sending him to an English School. At the age of 4, I started teaching him with this reading method. I was amazed at how quickly he picked up how to read and before the end of that year he was reading Afrikaans fluently. I was so impressed at this, that I also bought the English reading set and taught Brendan to read English. I was amazed at how quickly he learned to read both languages. After seeing the struggles that other parents had with reading I am grateful for this excellent reading method that not only teaches your child to read but also to understand what they read. Even the schools’ methods of teaching our children to read are not sufficient and many children still struggle with reading due to the schools’ methods of teaching. Our children need to be taught correctly, and then reading will be a joy for them, not a punishment. Just think of the long term benefit. My son is now in High School and going through the volumes of work that they do – there is no time for struggling with reading. It is also parent friendly – with an instruction booklet telling you how to teach them in an easy and fun way. I can without a doubt and with full confidence tell any parent to invest in this reading program, and by doing so, investing in their children’s reading confidence for the future. It worked for my child, it will work for yours.

Thank you, Heidi for assisting my sons. I received good feedback in terms of an improvement in both their reading from the school, especially Kitso. I will definitely like them to continue during the September holidays.

I am a qualified Grade 1 teacher and gave up my teaching career when my eldest were born. Since then I have been a stay-at-home mom. I decided to teach my eldest reading and writing before she went to school and did a lot of research. Through a friend of mine, who already used Die Japtrap Leesmetode, I decided on this program. What a wise decision! I taught my two kids on this program and they absolutely love reading and read everything they can get their hands on. My eldest is now in her final year of Journalism at PUK and she excels in communication and languages. Her sister is now in matric and performs very well. Thank you Japtrap!

I owe you a report on my son’s progress, since I was fortunate to win the English version of the ANDAC reading program.

A few times I had attempted to enroll Joshua, our now 12 Year old son, into mainstream schooling. We were turned away each time, as he just could not pass the testing. So once I had been informed of winning your competition, and initiated him on the program (along with his younger brother) I had high expectations.

I had also managed to find a school in our area which was not “nervous” on embarking on the journey with myself and Joshua. It was slow going at first as mostly Joshua needed to overcome the mindset that he was “stupid” and would “never be able to learn to read”.

Today, after an 18 month trip, I have an entirely different child. All of the teachers at his school keep telling me what a wonderful boy Joshua is and how far he has come on this road. He is now in Grade 4, coping with the learning and reading material and brings me a consistent 80% average on all his subjects. His confidence levels have peaked, even to the point where he is not afraid to lead dances/singing solos in class – or for that matter at the year end ceremony in front of all the parents, scholars and teachers.

I cannot express how proud and pleased I am at this beautiful spirited child of mine. Joshua has been reborn and found in himself that he is an intelligent and useful part of his peer group, participating eagerly with his education. He is well loved, where before he was shunned. He has many friends now, where before he used to sit alone at breaks. His social skills and leadership skills have finally been released, and this is purely due to him becoming confident and knowing that he never was “stupid” and that he CAN read.

Likewise Jesse (his younger brother, now 8 years old – although I never had the same learning problems as with Joshua) on the other hand would be a disruption in class and could not complete tasks, as he was easily distracted. His teacher and I decided to also encourage him with additional reading and the lessons on the ANDAC Program required his focus.

Although his time spent on the program was shorter and more sporadic, this year his teacher has seen a vast improvement. Jesse pays attention in class, and because he is able to read, he moves ahead of his class peers, because he has THAT tool. He is actually highly intelligent, and with the least effort (and I really mean the least effort he reads through his spelling list only once) he gets a consistent 100% on all his spelling tests. Jesse is now thriving in his school work, and because he is now more settled in class, he enjoys learning and his peers now integrate more with him. (Once a child is seen by his peers as “naughty” or “lazy” or “slow” they start to ostracize that child, which is so damaging to their confidence.)

Jesse and Joshua, now that they are able to read, have developed a love for books, including The Bible (for teens) and have devoured all the story books I had collected over the years from their older siblings and the ones I had bought for them for when they were able to read. Jesse religiously reads bedtime stories to his 6 year old brother Liam every night.

I am so excited by the changes in both my boys that I have started Liam on the program too and will focus on this daily as of next year.

My sincere thanks once again Heidi!!!

For the past 7 years I have been using the ANDAC Literacy Reading Program together with my Remedial Program. As a remedial teacher I have tried so many reading programs, but with little success – until I heard about the ANDAC program. My Learners came from a Sotho speaking background and struggled with their English reading. With this program I could teach them to read the English language effectively. The results that I got from this program were AWESOME!!!! I really want to thank Heidi and her grandmother and mother for educating a nation of readers. Parents, Educators or anyone who wants to be a good reader or who need to teach children how to read, don’t look any further – invest in this program, it is an investment for life!!!! 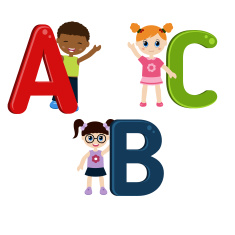 WE WOULD LOVE TO HEAR FROM YOU

SEND US YOUR STORY 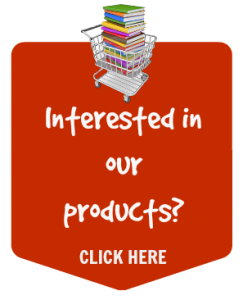 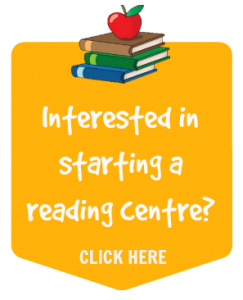 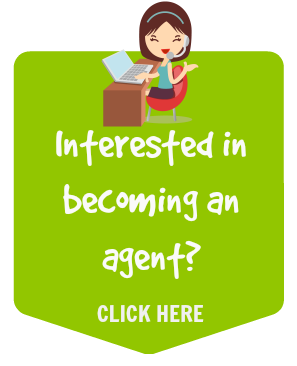